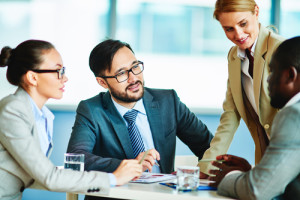 The Year Ahead for Employment Practices

The Year Ahead for Employment Practices

According to legal analysis, the year ahead for employment practices will see the Equal Employment Opportunity Commission (EEOC) increasingly investigating issues involving hiring barriers, pregnancy discrimination, required accommodations to the Americans with Disabilities Act (ADA), and the question of voluntary participation in wellness programs. These issues are indeed in line with the EEOC’s Strategic Enforcement Plan (SEP) for fiscal years 2012-2016 where priorities were established by the agency to reduce and deter discriminatory practices in the workplace.

The EEOC outlined the following in its plan:

One of the emerging and developing issues for the EEOC, is of course, whether a company’s wellness plan is discriminatory, violating the ADA, as we discussed in one of our blog articles in December. Three lawsuits have already been filed against companies for requiring biometric testing and other provisions under their wellness programs.

As employees face increasing scrutiny over their employment practices, it’s critical that EPLI insurance is in place along with strong policies and procedures to strengthen compliance and mitigate potential disputes. Caitlin Morgan specializes in Employment Practices Liability Insurance and can help you secure the coverage your clients need in this litigious environment. Give us a call at 877.226.1027.