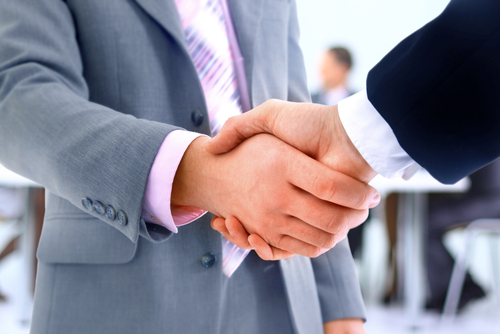 According to a new A.M. Best special report, captive insurers rated by the agency ended 2015 in strong form, recording pretax operating income of $1.4 billion, which represents a 13.5% increase over 2014. Moreover, the report titled, “U.S. Captive Insurers Benefit From Core Competencies,” states that the favorable overall results for the rated domestic captive group should continue to hold in 2016. This view contemplates continued modest economic improvement, gross domestic product growth of approximately 2.5% to 3%, moderate loss cost inflation between 2% to 4% and an incremental rise in interest rates by year-end 2016.

Additionally, the report cites that altogether the U.S.-rated domestic captive group continues to outpace the underwriting and operating results of the U.S. commercial insurance composite. This is evident in the captive composite’s 89.3 and 88.9 for five- and 10-year combined ratios, compared with 101.2 and 98.0, respectively, for the commercial composite. The 2015 combined ratio for the captive insurance composite after policyholder dividends is 88.9.

Generally, the market position of captive insurers continues to be profitable, well capitalized and consistent, which in A.M. Best’s view can be attributed to “effective risk management practices, steadfast strategic analysis and each captive insurer’s in-depth knowledge of underlying risks.”

Is A Captive Right for Your Clients?

Some of your clients that are paying a considerable premium annually may be considering a captive as a creative way to their lower costs of risk and gain better control of managing exposures. To determine whether a captive makes sense for a specific client, an initial feasibility study should be conducted. You should work with a captive consultant to gather the client’s loss run information, current exposures and premiums. These are used to estimate the client’s expected losses and to determine the capital requirement for the captive. In addition, when determining the structure and domicile (that is, the country or state where incorporated) of the captive insurance company, consider what structures would be most appropriate for the client’s business. This includes a single parent, group, protected cell, association, or a risk retention group. Look at how the structure will benefit the company, such as the potential for cost savings, increased flexibility, enhanced coverage, etc.

When looking at a captive’s domicile, be sure to consider the following: How will the captive laws and regulations of the selected domicile affect a company’s customers or stakeholders? Are current laws and regulations of the domicile captive -friendly? Is there ongoing pro-captive legislation? Is the domicile’s Department of Insurance (regulative body) collaborative, welcoming and service-oriented?

After you have helped your client identify the most suitable captive structure and domicile, you should interview and finalize the selection of the captive’s service providers. This team of captive professionals will help you form and manage the captive, which includes application submission to the domicile’s regulator for approval, incorporation of the captive, appointment of board members, capitalization of the captive, and obtaining reinsurance. Once formed, the captive can begin operation under the oversight of its board of directors.

Caitlin Morgan specializes in captives and offers a number of solutions to meet a client’s needs. We also provide program management and development services to manage the entire captive insurance program, which includes reinsurance placements, claims management, accounting services for group captives, and underwriting services for individual or group captives. For more information about our captive insurance solutions, please contact us at 877.226.1027.