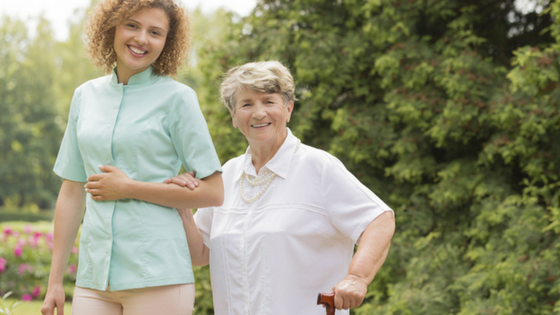 The American Healthcare Association/National Center for Assisted Living (AHCA/NCAL) after the U.S. elections voiced its optimism that there will be fewer mandates from the federal government and less bureaucratic control over the senior care industry now that Republicans control both Congress and the White House.

“In many cases, our operators are focused on what we can get rid of because we’ve been so incredibly overburdened in recent years,” said AHCA/NCAL Senior Vice President Clifton J. Porter II post-election. “We all thought it would likely be a divided government, so we had a game plan and strategy into more or less manage in that atmosphere. November 8 came as a shock to all of us.”

Although nothing is set in stone regarding regulatory reform, the AHCA/NCAL is optimistic based on statements made by key members of the new administration to roll back regulations. They feel this could be a win for senior care facilities struggling to comply with strict mandates that take up a lot of their resources. For example, last year the Centers for Medicare & Medicaid Services (CMS) published its final rule on health and safety standards that long-term care facilities must meet to participate in Medicare and Medicaid. The CMS stated the revised policies are intended to reduce unnecessary hospital readmissions and infections, improve the quality of care and strengthen safety measures for residents. The AHCA expressed concerns to the CMS about some of the approaches proposed by the agency, saying that rule “asks for too much, too soon, and at too great a cost.” Porter says reversing the rule is a top priority.

The AHCA is also waiting to see how the new administration will address the CMS’ arbitration rule, which was scheduled to take effect Nov. 28, but was blocked by a federal court. The rule prohibits long-term care facilities from requiring residents to sign binding pre-dispute arbitration agreements. “We’ll see how the administration responds to the rule and the lawsuit,” Porter says, adding Republicans in the House and Senate oppose the rule and “we would hope the next administration would reflect the will of the Congress.”

Porter also stressed in his statement that the AHCA/NCAL’s will continue to focus on quality care and developing solutions, “setting goals that our members can aspire to, to raise the watermark for all and most importantly for the patients we serve.” This includes continuing to make maintaining sufficient reimbursement for services a top priority for the organization, Porter stressed. “To achieve excellence and improve quality results, we have to assure that we are funded appropriately.” This, according to the AHCA/NCAL, means funding streams of the CMS must also remain strong. The industry will be closely watching any moves to drastically change Medicare including House Majority Leader by Paul Ryan (R-WI) and House Budget Committee Chairman Tom Price, the new secretary of Health and Human Services (HHS).

Caitlin Morgan specializes in insuring assisted living facilities and other long-term facilities. We will be keeping our eye on any changes to regulations that affect this industry to share with you. If you would like to learn more about our senior living insurance programs, contact us at 877.226.1027.