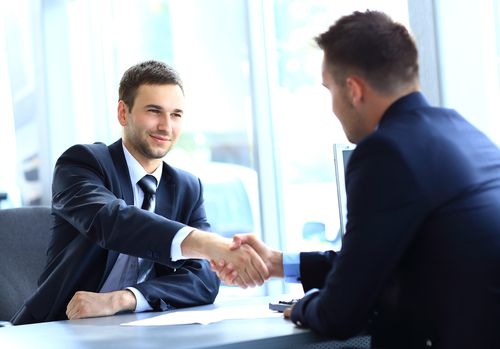 In times like these, where the property and casualty insurance industry is now in its fifth year of a generally soft market, and insurance agency M&A activity nearing record-breaking levels, the strategic use of an agency owned captive insurance company can spark both an increase in valuation of the agency and revenue. Depending upon market timing, the benefit can be an increase in the multiplier used in the purchase price of the agency, enhanced profit-sharing opportunities or solidifying an important relationship between the agency and insurance company – or all three.

Originally designed as expense control centers for large business conglomerates and organizations, insurance captives, as they are used today, were the brainchild of an Ohio independent retail insurance agent, Fred Reiss, over 60 years ago. Today, the increasing global acceptance and diversity of the use of captives represents $60 billion in premium. And while the most often use of a captive remains as a risk management and expense control plan, it is these very same principles that is making agency-owned insurance captives an increasingly financially attractive alternative to insurance company incentives, contingencies and profit-sharing plans. Indeed, among the spectrum of increasingly popular forms of captives, including group captives, agency captives are becoming not only useful as profit centers, but serving to increase client loyalty, provide incentives to employees and funding the agency’s perpetuation plans.

Despite unpredictable commercial insurance market conditions and a generally a low rate environment (and corresponding lower agency commission per transaction), the good news for agency owners is that most commercial insurance carriers still have an abundance of excess capital which needs to be deployed or returned to shareholders as dividends (and I doubt the they would do the latter). Of course, while some of that capital is going towards the investment or procurement of technology or business intelligence, carriers are also seeking top-line growth through acquisition, specialization or a focus strategy. Insurance intermediaries which possess marketing and selling skills, technology, and underwriting talent in niche or specialty areas compatible with their business plans appears to be a priority, especially against a background of hyper competiveness and increasing consolidation.

Historically, one effective acquisition method is to offer the agency a profit-sharing arrangement (many times a “swing rated plan”) in addition to the standard commission where underwriting profits can be equitably split subject to a set maximum, perhaps, for example, 4%. However, if underwriting goals are not met or there is adverse development in losses, in some cases, the agency must return a portion of the already paid commission.

Many agencies are discovering, however, that such caps or incentives do not equitably value the agency level of expertise, underwriting or technology. In those cases, an agency captive provides a comparably greater return and much more control.

Benefits of An Agency Captive

In a simple example, let’s consider that an agency has a $5 million book of specialty business with a loss ratio of 35%. Current commission payable is 10% with no incentives or profit sharing. Two insurance companies are vying to be the lead carrier for this business. Carrier A offers a commission of 15%, which would represent revenue of $750,000, an increase of $250,000. They also offer to increase the commission 3% if certain profit goals are reached. However, if the agency underperforms, the agency may have to return up to 3% of commission. A letter of credit is required equal to 3% is needed to close the deal.

Carrier B offers the same 15% commission and a similar profit-sharing arrangement, but also offers the option of a “risk sharing” strategy using an agency captive. The owners of the agency have created a captive that will assume a 50/50 quota share with the carrier and capitalize it accordingly. Any profits will be evenly split between the agency captive and the carrier. All investment income, however, is 100% owned by the captive. Ultimately, the book of business produces an underwriting profit of $500,000, of which $250,000 is retained by the agency captive. Investment income accruing from loss reserve funds adds another $50,000 of income, bringing the total to the agency captive owners of $300,000, twice that of what they would have received under Carrier A’s profit sharing offer ($150,000). However, the results of this scenario can be made even better.

Since the Tax Reform Act of 1986, small non-life insurance companies operating in the U.S, such as our agency captive mentioned above, may elect to be exempt from paying federal taxes on their underwriting income and taxed only on their investment income. This tax election is commonly referred to as an “831(b)” election, which refers to Internal Revenue Code Section 831(b), which allows eligible insurance companies with less than $1.2 million in annual premiums to elect to have their federal taxes based only on their investment income. Under our agency captive scenario above, if the agency captive assumed less than $1.2 million in annual premium and met guidelines making it a captive for tax purpose, there would be no federal tax liability but taxed only on its investment income. This election has become so important to the insurance industry, particularly to smaller insurance companies, that the National Association of Mutual Insurance Carriers (NAMIC) has put several bills in front of Congress and the Senate to increase the limits to over $2 million.

While agency captives are extremely useful in helping to increase revenues for their owners, a well-thought-out captive ownership structure can include key employees who are vitally important to the ongoing operations of the agency. Employees, such as the underwriting manager whose experienced underwriting acumen helps keep the book profitable for both the agency and carrier or the producer who continuously brings in good business (and not lose their talents to the competition), can be rewarded with a share in underwriting profits of the agency captive. Profits can also be used to invest in new technology, acquiring a competing agency business, or what appears to becoming more common in family owned agencies, funding for the firms’ perpetuation plans. Policyholders, too, may also be invited to participate in the captive as investors to reward loyalty and to induce good risk management controls to their business, increasing the likelihood of continuously producing a solid operating EBITDA. Collectively, all of these indirect benefits can increase the valuation of your agency as owners consider a perpetuation or exit strategy.

Insurance agency owners are on the front lines of a hard market and are often called upon to provide solutions when the traditional markets are unable or unwilling. While temporarily enjoying the rise in revenue as a direct result of corresponding premiums, owners who have gone through a hard market (or two) know business can be lost forever to alternative risk transfer providers while the insurance carriers replace lost capital and increase policyholder surplus. An agency captive, however, can be an ideal platform from which owners can provide additional capacity and coverage to their clients, which can lead to higher retention ratios and increased client loyalty.

Is An Agency Captive Right For You?

Determining whether an agency captive is a good fit for your firm can start with a discussion with a qualified captive manager or consultant who has experience in agency or brokerage operations. Most often a good starting place is to examine the volatility of the book of business and the risk class. Our firm, Caitlin Morgan, like many others, works with an agency owner in this early stage process by conducting a “pre-feasibility” study. This early stage assessment provides the owner a conceptual risk/benefit analysis before the owner spends money and resources on a feasibility study, which includes an independent actuary to forecast losses and can range from $15,000 to $50,000 and up.

Part of the process is also looking at what kind of financial resources the agency has because a significant variable in deciding to create a captive will include not only how much capital will be required to support premium in the captives, but for many carriers, collateral will be required as well. For a number of owners who own a successful and profitable book of business (or 2, 3 or more) coming up with sufficient capital and collateral may present a hurdle that can’t be jumped. Fortunately, with the growing acceptance of agency captives as a good source of sustainable profitable business, there are now sources of capital that can accessed without diluting the equity of ownership.

What Does It Take to Consider An Agency Captive?

Usually, a premium commitment of at least $3 million to $5 million in the first few years, though in this prolonged soft market, some captives are starting with less than $1 million to $2 million. A good business plan is a must. As for losses, an ultimate loss ratio of less than 50% is often desired by the front. Ideally, the loss history will show frequency but not severity.

Minimum statutory capital required among US domiciles is in the range of $250,000 – $500,000 though I have organized agency captives with less, especially when organized under an existing protected cell captive. In cases where a protected cell captive is used, the states’ captive regulator may base opening capital and surplus on the business plan, which may be a lower figure than the statutory requirement. Of course, some domiciles do not allow agency captives to be formed under their jurisdiction.

If the book under consideration is a program or some type of underwriting niche/specialty offered by managing agencies or wholesalers, a marketplace representing $30 billion in commercial premium, you will find perhaps more opportunities for alignment and appetite with carriers offering similar coverage and underwriting differentiation. Lines of business are varied, but many include workers’ compensation, auto liability, general liability, warranty and increasingly, and property.

While fronting carriers seem to be abundant right now that could quickly change when the market turns. If you have a program that does not require a front, formation may be easier and less costly. As mentioned before, the captive will require capital and collateral, especially if the program is fronted. Like all other captives and carriers, owners can experience adverse development, poor cash flow and erosion of capital. Under extreme situations, the owners may lose their entire investment. A properly conducted feasibility study and business plan execution should, however, greatly minimize the chance of these events from occurring.

The outlook for developing an agency captive have never been more favorable to owners of agencies, brokerages, managing general agents and program administrators. Carriers, many of which are blessed with excess capital, are searching for acquisition targets under which economies of scale and operational efficiencies can produce competitive advantages. An important part of their strategy, however, is rooted in continuous top line growth coming from experienced insurance intermediaries which share similar underwriting philosophies, professional services and corporate values. One very effective method to entice that top-line growth and profitability is to offer significant profit sharing incentives through an agency captive. This bodes well for owners as they are already in a seller’s market and leverage is in their corner.

For more information about Caitlin Morgan’s captive insurance solutions, including agency captives, contact us at 877.226.1027.