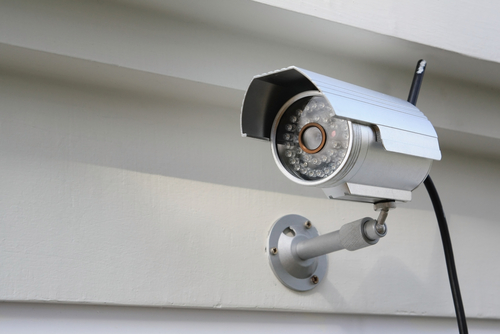 Will We Be Seeing More Video Cameras in Nursing Homes?

Will We Be Seeing More Video Cameras in Nursing Homes?

Increasingly more state legislatures across the country are considering joining others where surveillance cameras in individual rooms at nursing homes are permitted. This is as a result of mounting pressure from families that want to ensure the care their loved ones are receiving. Of course, videotaping in individual rooms raises a host of privacy issues. For example, in California, although the state Department of Social Services has never actually forbidden video cameras, the agency has also never has explicitly permitted their use.

But that may be changing. According to McKnight’s, an on-line long-term care publication, the California Department of Social Services is taking a second look at camera use, with a mindful eye on individual residents’ right to grant permissions for such devices. “We view these as people’s homes, and we want people to have rights in their own home and balancing that between a business and a residence is something we have to be very careful about,” Michael Weston, a spokesman for the Department of Social Services, told the news outlet.

Illinois also has plans to introduce a measure this year to allow nursing home residents and their families to place cameras in their rooms to help protect them. If the measure is approved, Illinois would join at least four other states—New Mexico, Oklahoma, Texas and Washington—that have laws or regulations allowing residents to maintain cameras in their rooms. Each state, however, differs in what they permit. For example, in Texas, which was the first state to pass such a law in 2001, the resident or guardian must pay for the equipment and a notice must be posted outside the room stating that electronic monitoring is being used. A nursing home may require that the device be placed in plain view, and cannot refuse to admit or discharge a resident because of a request to install a device. In Oklahoma, which passed its law last year, a resident’s roommate must also give written consent before an electronic monitoring device is installed, and the nursing home must accommodate room changes for the resident if the roommate refuses. It also must post a notice near the main entrance saying that electronic monitoring may be in use. Recorded footage from the device may be admitted into evidence in a civil or criminal court action.

Legislative proposals permitting electronic surveillance, according the Pew Charitable Center, have failed over the years in a number of states. Some nursing homes and unions representing health care workers have voiced concerns about privacy violations, particularly if the equipment is hidden. Some advocates for seniors and family members argue that cameras might be too invasive.

However, the concept of privacy has been evolving, as Baby Boomers whose parents live in nursing homes demand more transparency in the digital age. Amity Overall-Laib, a manager at The Consumer Voice, a national advocacy organization that promotes quality long-term care, said her group supports a resident’s right to decide whether to use audio or visual electronic technology. But the group also believes that precautions must be taken, including: The resident’s roommate should also consent and not be visible on camera; recordings should be the property of the resident or his or her representative; and family members who make a decision on behalf of an incapacitated resident should carefully weigh his or her right to privacy and autonomy before installing the equipment.

Caitlin Morgan specializes in providing insurance programs for nursing homes, assisted living facilities and other healthcare facilities. For more information about our programs, call us at 877.226.1027.