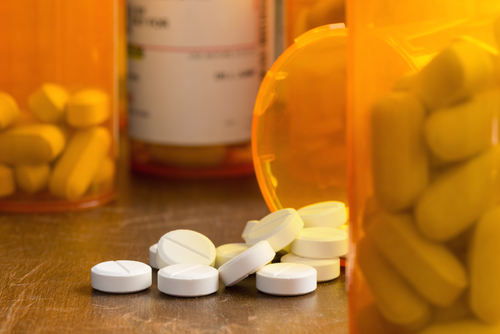 Opioid Usage Taking a Toll in the Workplace

The opioid epidemic has been making headline news as of late – from the high-profile performers falling victim to drug overdoses to the thousands of people across the country dying each year or ending up in rehab as a result of overprescribed medications such as Vicodin, OxyCotin, Percocet and Fentanyl. Opioids are narcotic painkillers that work by preventing pain signals from reaching the brain. They are synthetic drugs that resemble the effects of natural opium, derived from the opium poppy. Not only are they wreaking havoc on families and individuals but they are also taking a toll in the workplace.

When it comes to work-related injuries, opioids are frequently prescribed when pain relievers are called for. How often doctors choose opioids varies by state. According to an analysis done by the Workers Compensation Research Institute (WCRI), the highest rates of opioid prescriptions for employee injuries are in Arkansas and Louisiana. Furthermore, as an example illustrating the depth of the problem, advocacy group National Safety Council in December released a survey showing that four of five employers in Indiana said they’ve confronted painkiller abuse in the workplace. “Many times they’re [employees] showing up late to work because they can’t find pills,” says Dr. Don Teater, medical adviser for the council. “They’re starting to have withdrawal symptoms. They know they can’t work.”

Opioid abuse is so prevalent in treating workplace injuries that we’re seeing stepped-up measures being taken on several fronts. For example, the Ohio Bureau of Workers’ Compensation, in an effort to continue its battle against opioid addiction among injured workers, recently passed guidelines that address how doctors treat patients in pain, as well as those who become reliant on the drugs. The new prescribing rule, two years in the making, puts into place standards for opioid use in treating workplace injuries and illnesses into the state administrative code. It limits what the bureau will pay by laying out prescribing criteria for doctors that include individualized treatment places and close monitoring of the injured worker. It also opens the door for scrutiny of prescribers who fail to follow these criteria.

In addition, the new rule is a means to help wean workers off painkillers, treating dependence and addiction as a side effect of the drug use.

According to the Columbus Dispatch, there was a time when Ohio’s injured workers were being prescribed a staggering amount of painkillers — at one point, at least 60 workers received doses equivalent to 200 Vicodin tablets a day. To combat the problem, the bureau created a pharmacy management program in 2010, and its measures helped push down opioid doses for injured workers by 23.8 million, or 41%.

The U.S. Food and Drug Administration (FDA) also recently issued a draft guidance intended to support industry in their development of generic versions of approved opioids with abuse-deterrent formulations (ADF) while ensuring that generic ADF opioids are no less abuse-deterrent than the brand-name drug. The FDA’s actions are among a number of steps the agency recently outlined in an action plan to reassess its approach to opioid medications. The plan is focused on policies aimed at reversing the epidemic, while still providing patients in pain access to effective relief.

“For the millions of Americans who suffer from significant pain, and the health systems that serve them, generic opioids can be an appropriate and affordable option for patient care,” said FDA Commissioner Robert Califf, M.D. “We recognize that abuse-deterrent technology is still evolving and is only one piece of a much broader strategy to combat the problem of opioid abuse. But strongly encouraging innovation to increase access to generic forms of abuse-deterrent opioid medications is an important element in that strategy.”

The Impact of Opioids in the Workplace

In addition to the well-being of the employee, the use of opioids by an injured employee affects an employer’s bottom line with increased claim costs and subsequent increases in Workers’ Compensation insurance costs. In fact, studies have shown that when injured workers are prescribed opioids, their total claim costs can be four to eight times those of similar claims where no opioids were prescribed. It’s not only the cost of the drugs themselves that contribute to higher claim costs, but also the drugs’ side effects and addictive nature which can delay return to work, driving up wage-loss costs. In addition to the health of the workforce and claim costs, opioid use can also present a safety issue for employees who are driving or operating machinery as part of their work.

What can employers do to help reduce the risks involved with opioids? Following are several suggestions:

Also, employers should work with their Workers’ Compensation providers, looking into what programs the carriers may have in place to combat opioid abuse and to better understand the risks.

Caitlin Morgan provides a wide range of Workers’ Compensation insurance solutions along with strong risk management and return-to-work programs that are designed to minimize losses and get workers back on the job as soon possible. For more information about our programs, give us a call at 877.226.1027.