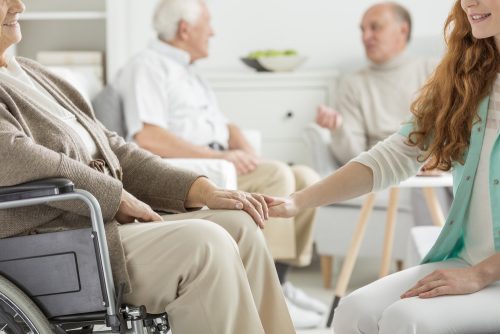 On the heels of the seventh anniversary of the Affordable Care Act (ACA), which has been marked by strong debate over its cost and opposition regarding certain provisions in the legislation including the employer mandate, the GOP recently introduced a new healthcare bill. The proposed American Health Care Act as it stands now has several significant changes, one in particular which could impact nursing homes and assisted living facilities.

The proposed Republican bill making its way through the House of Representatives would set per-person caps (and/or a block grant over the cap) for the amount of federal Medicaid funding states receive as of 2020. Medicaid, the joint federal-state program for the poor and disabled, plays a larger role in covering long-term care, including nursing homes, assisted living facilities and in home-aides, than any other type of payment in the United States. In fact, according to data from the Centers for Medicare and Medicaid Services (CMS), Medicaid covered 43% of long-term care costs in 2015, Medicare paid 19% of the costs; out-of-pocket funds covered 13% and private insurance covered 9%.

The Congressional Budget Office (CBO) estimates that two-thirds of elderly Americans will need help paying for long-term care in their lives. Groups representing hospitals, doctors, nursing homes, patients and older people have voiced concern over the proposed provision. For example, the American Health Care Association, which represents nursing homes, and the National Center for Assisted Living, a trade group for assisted living facilities, took issue with the fate of Medicaid:

“More than one million individuals call nursing centers their home and most rely on Medicaid for their care,” Mark Parkinson, president and CEO of the two trade groups, said in a statement. “This bill will cut Medicaid funding for seniors and individuals with disabilities, jeopardizing access to the care they need.”

Moreover, some are also worried about the impact this proposed provision could have on their ability to attract and keep staff. In a recent interview in the Deluth News Tribune, one nursing home regional director stated, “Any cuts in Medicaid will mean less money to pay our staff…”

There are also concerns that the loss of federal Medicaid funding or a cap on funding could have a detrimental effect on efforts to keep people in their homes longer and out of nursing homes. It costs less to provide in-home services, and people usually prefer to stay at home as long as they can. If funding for those programs is eliminated, an increasing number of individuals will try to stay at home without services, which could result in costlier care down the road.

This is just the beginning in hammering out the final legislation to be passed by both the Congress and Senate and signed by the President. As a leading provider of insurance programs for nursing homes, assisted living facilities and other senior-care facilities, we at Caitlin Morgan will continue to keep you updated with developments. For more information about our insurance programs for the long-term care industry, contact us at 877.226.1027.