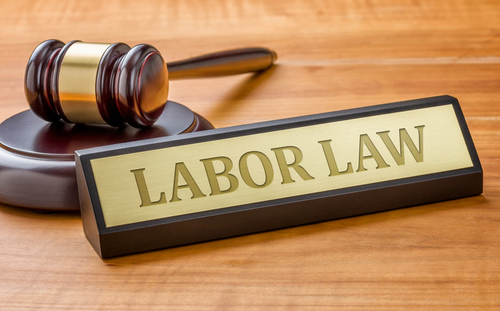 As we discussed in previous articles, wage-and-hour disputes continue to be among the top issues in employment-related claims. In fact, during the federal fiscal year 2015, there were 8,781 cases filed, which is an 8% increase over 2014.

There are a number of reasons for the uptick, including federal labor regulations, the fight for a minimum wage hikes and an intense focus on independent contractor classification and joint employer status, according to law firm Seyfarth Shaw. Last year, for example, the Department of Labor (DOL) proposed revising the rules on white-collar exceptions to wage-and-hour laws, which would dramatically boost the number of workers who will be covered by hourly wage laws. In addition, in September 2015, the National Labor Relations Board (NLRB) in a case involving a California firm using a staffing firm issued a new test that could expand when companies are considered joint employers. Previous to this case, a company using staffing services was only considered a joint-employer if it had “direct control” over working conditions. Under the NLRB ruling, a company is a joint employer if it exercises “indirect control over working conditions or if it reserves the authority to do so.”

The pushback has been strong against both the proposed DOL guidelines and the NLRB case ruling from business. Now Congress is getting into the act. First, Secretary of Labor Tom Perez testified before three Congressional committees, where he was asked about many DOL initiatives, including the overtime rule, joint employment, and independent contractors. During one of these hearings, Secretary Perez suggested that OMB’s review of the final overtime rule would be completed in the next 45-90 days. The Wage and Hour Division of the DOL sent its final rule package to the Office of Management and Budget (OMB) the end of March. Once they complete their review the rule could be issued shortly thereafter. In the meantime, in mid-March both the House and the Senate introduced the Protecting Workplace Advancement and Opportunity Act to ensure that the DOL pursues a balanced and responsible approach to updating federal overtime rules.

“In the 21st century workplace, we need to encourage policies that increase flexibility, reduce regulatory burdens, and create more opportunities for workers to pursue their dreams. Our nation’s outdated overtime rules are in need of modernization, but it must be done in a responsible way that doesn’t stifle opportunities for working families to get ahead. Unfortunately, the administration’s overtime proposal fails this test and should be sent back to the drawing board,” said House Subcommittee on Workforce Protections Chairman Tim Walberg (R-MI).

The Protecting Workplace Advancement and Opportunity Act would do the following if passed:

What will ultimately happen, if anything, in terms of legislation during an election year remains to be seen. What is important is for employers to review their job descriptions and classifications, employee handbooks, harassment training for all employees, including for outsourced workers and those that use staffing services. It’s also critical that businesses establish clear policies for reporting all time worked to help ensure workers are fully and appropriately compensated. In addition, a review of a firm’s Employment Practices Liability Insurance (EPLI) is in order to see what type of coverage is available, including for wage-and-hour disputes, which is typically available by endorsement and has a sublimit. We can assist you in this area. Caitlin Morgan provides EPLI insurance for a wide range of industries. Give us a call at 877.226.1027.