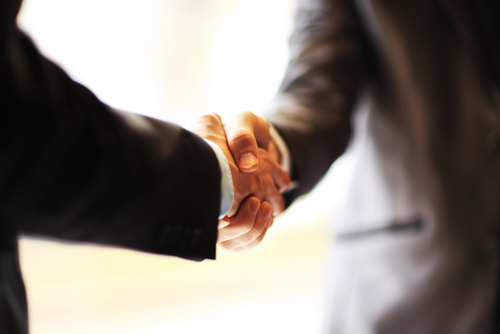 EPLI: Employers Be Aware of Joint-Employer Standards in Wake of NLRB Ruling

In August, the National Labor Relations Board (NLRB) ruled that a Silicon Valley recycling center was a “joint employer” along with the staffing agency that provided that facility’s workers. This ruling found that companies using workers hired by another business — including temp agencies, contractors and fast-food franchisees — are also responsible for labor violations.

Prior to this ruling and a similar ruling last year involving McDonald’s and its restaurant franchisees, the NLRB’s definition of what constitutes a joint employer focused on the degree of control. You had to have direct control over operations, hours, and working conditions. Unless you were able to show that, you were not able to hold the parent company liable. With this new definition, you no longer have to show direct control over operations. If you have a franchise agreement or a contractual relationship, depending on the industry, that is enough to show you have influence over working conditions.

In the case involving the recycling plant, the NLRB articulated its decision, stating that:

“Two or more entities are joint employers of a single work force if they are both employers within the meaning of the common law, and if they share or codetermine those matters governing the essential terms and conditions of employment. In evaluating the allocation and exercise of control in the workplace, we will consider the various ways in which joint employers may ‘share’ control over terms and conditions of employment or ‘codetermine’ them.”

The NLRB noted that it has an “inclusive approach” as to what is considered terms and conditions of employment. Examples of things to examine are hiring, firing, discipline, supervision, controlling of scheduling, assignment of work and determining the manner and method of work performance. Basically, this is a broad and all-inclusive test.

Importantly, the NLRB in this most recent case also noted it would no longer require that a potential joint employer actually exercise the direct right of control it may have.

There was a great deal of criticism over the NLRB’s decision, particularly from employers who claim that the Board’s decision does not actually provide employers with guidance as to what level of control would constitute joint-employer status. In addition, this broad expansion may result in consequences in other areas, including how employer may be held liable for safety violations or claims under other employee protection statutes. The NLRB attempted to allay these concerns by claiming that the purpose of the decision is only to “encourage the practice and procedure of collective bargaining.”

In this yet-to-be-settled landscape, how can an employer minimize the chances of being classified as a joint employer with one of its contractors? Following are some general tips:

We’ll continue to keep you posted on this very important issue as employers continue to challenge this ruling and the potential affect it will have on employment practices and workers’ compensation. Caitlin Morgan provides a full portfolio of coverages to various industry sectors include EPLI and workers’ compensation. To learn more about our programs and products, please contact us at 877.226.1027.