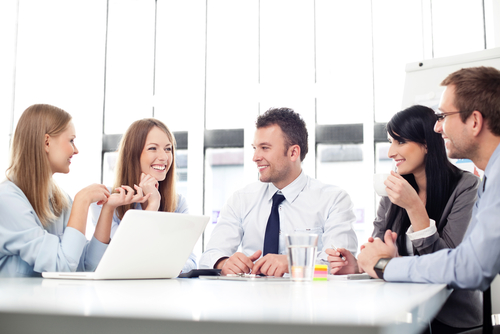 EPLI: Department of Labor Weighs in on Joint Employer Discussion

Several months ago, we wrote about the National Labor Relations Board’s (NLRB) ruling back in August, which found recycling center Browning Ferris to be a “joint employer” along with the staffing agency that provided the facility’s workers. This ruling in essence was saying that companies that used workers hired by another business — including temp agencies, contractors and fast-food franchisees — are also responsible for labor violations. There has been tremendous criticism and confusion over this ruling. Recently, the Department of Labor (DOL) also entered the discussion.

The DOL sought to offer some clarity into the issue of joint employment by providing guidance as arguments in a case that raises similar questions involving McDonald’s are set to begin before an administrative law judge as early as February. The guidance details, in effect, when a company can be held liable for violations on the part of a contractor or staffing agency it hires or a franchisee with which it has a relationship. In some cases, the joint employer determination is critical for recovering unpaid wages because the contractor is a shell company with few resources of its own.

In the Labor Department memo, David Weil, the DOL Wage and Hour Division head, took note of the “growing variety and number of business models and labor arrangements” (think Uber). The memo suggests “the expansive definition of ‘employ’ [under the Fair Labor Standards Act (FLSA) and the Migrant and Seasonal Agricultural Worker Protection Act (MSPA)] as including ‘to suffer or permit to work’ reject[s] the common law control standard and ensures that the scope of employment relationships and joint employment under the FLSA and MSPA is as broad as possible,” covering some of these “evolving employment scenarios….”

Weil further identified two types of joint-employment arrangements that may be considered in analyzing these cases, and suggested one or both methods should be applied depending on the nature of the relationship between the employers and the employee. First, Weil discusses “horizontal joint employment,” whereby “two (or more) employers each separately employ an employee and are sufficiently associated with or related to each other with respect to the employee.” Examples of horizontal joint employment may include separate restaurants that share economic ties and managers, or home health care providers that share staff and management.

The second issue involves “vertical joint employment” which may exist “when an employee of one employer (referred to…as an ‘intermediary employer’) is also, with regard to the work performed for the intermediary employer, economically dependent on another employer”. Examples may include employers that use staffing agencies for temporary employees. The memo suggests this guidance is needed, in part, “to hold all responsible parties accountable for their legal obligations.”

The impact of the DOL memo is not clear, as each court where a case is presented will decide whether to accept the guidance.  What is clear, though, is the trend towards finding increasingly more employers liable for these types of employment violations and the need to take proactive measures to prevent such violations.

In addition, it’s critically important for clients to review their Employment Practices Liability Insurance (EPLI) and the protection provided. Caitlin Morgan specializes in EPLI coverage and can provide you with assistance in securing the plan your clients need to be adequately protected. Just give us a call at 877.226.1027.