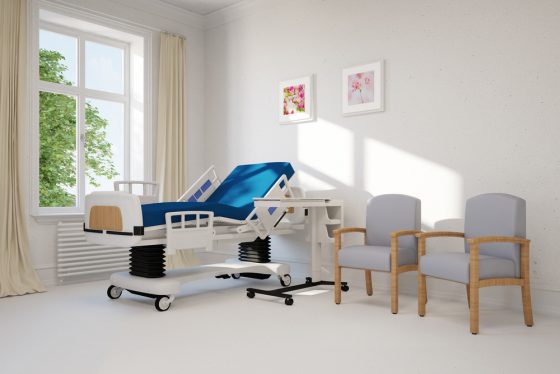 A recent insurance report indicates that Liability insurance rates for nursing homes are projected to see an increase. An actuarial analysis from insurance broker Aon and the American Health Care Association (AHCA) said that overall loss rates for the long-term care sector are predicted to increase by 6% per year. The Aon-AHCA report indicates that projected loss rates nationally could increase to $2,350 per skilled nursing resident in 2017. Additionally, the report states that nursing homes can expect to have at least one claim per 100 beds. There were 31 providers represented in the national study operating approximately 224,000 long-term care beds. This consisted of skilled nursing facility beds and a number of independent living, assisted living, home health care and rehabilitation beds, and represented approximately 17% of the beds in the United States, and six of the 10 largest operators in the country.

The annual report identifies increases in claim frequency and severity as the primary drivers of the rising costs. For example, in Florida, a jury awarded $1.1 billion to the family of a woman who died following multiple falls. Another mega-claim occurred in West Virginia in which a nursing home was hit with a $90 million wrongful death ruling (later reduced to $32 million). A judge in California upheld a $23 million jury award in a wrongful death lawsuit. And, inTennessee, a jury awarded a $30 million judgment, which included $28 million in punitive damages, against a nursing home where poor care led to a resident’s death.

Another key expected factor in rising liability insurance rates for nursing homes, according to the report, will be the new ban on pre-dispute binding arbitration agreements, which the Centers for Medicare and Medicaid Services (CMS) passed earlier this year. Previous analysis, according to Aon, has shown that arbitration results in lower liability costs and faster claims resolution, which benefits providers and injured parties. Providers will be facing another challenge in managing liability costs without arbitration available to them.

In addition to the national projection, 17 states were profiled individually in the Aon-AHCA annual report. This year’s data show that three states, in particular, are projected to have higher-than-average loss rates per occupied bed in the coming year: Florida’s projected loss rate is $7,400 per occupied bed, $7,500 in Kentucky, and $7,360 in West Virginia. This contrasts sharply with an anticipated $480 loss rate per occupied bed in Minnesota and $500 in Massachusetts.

Caitlin Morgan specializes in providing liability solutions for nursing homes and other long-term care facilities. One of our programs, which is specifically designed for the healthcare industry in Indiana is a risk retention group owned by its member companies. The group was formed to provide an alternative to rising Professional and Medical Malpractice Liability costs for assisted living facilities, residential communities and nursing homes. The group participates in Indiana’s Patient Compensation Fund (PCF), which has a statutory cap on Professional Liability limits and eliminates the possibility of huge dollar verdicts. Midwest Insurance Group provides $250,000 in Professional Liability limits with the state taking on the next $1 million of any one claim. The statutory cap is $1.25 million (this will change effective July 1, 2017, to $1.65 million). We manage the program.

For more information about our nursing home liability insurance solutions, contact us at 877.226.1027.