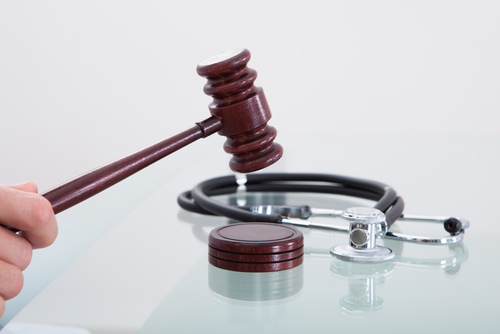 Recently released data based on the 2016 Medical Liability Monitor Annual Rate Survey indicates that Medical Malpractice insurance premiums remain essentially unchanged from 2015 to 2016. In fact, the industry experienced only a very slight (0.1%) cumulative decrease from last year. For the vast majority (75%) of insurers in the survey, rates remained the same between 2015 and 2016, slightly higher than the percentage with no manual change shown between 2014 and 2015 (71%). The Medical Liability Monitor Annual Rate Survey benchmarks Medical Malpractice insurance premium rate data from year to year. This year’s Annual Rate Survey publishes premium rates effective July 1, 2016, breaking the data down state-by-state, county-by-county.

“The stability of Medical Malpractice premium rates is a stark contrast to the tumult occurring in other segments of the U.S. healthcare delivery system as a result of the reforms spurred by the Affordable Care Act,” said Michael Matray, editor of Medical Liability Monitor. “A full three quarters of the respondents to our survey reported no rate changes in the last year, and just under 80% of respondents said they believe the market is neither hardening or softening. Only 20% of respondents felt the market is getting softer, down from 43% who felt rates would continue to deflate last year.”

In looking at Medical Malpractice insurance rates by region, the survey shows the Northeast and the Midwest with overall average rate increases, although the increases are very slight at 0.8% and 0.3%, respectively. The increase for the Northeast, according to Medical Liability Monitor, is driven by a significant increase in the Pennsylvania Patient Compensation Fund (PCF) surcharge, resulting in Pennsylvania rates increasing roughly 4% as well as a modest increase in Rhode Island. Decreases in Connecticut and Maine partially offset the increases in Pennsylvania and Rhode Island.

For the Midwest the increase cites the survey is also partially driven by increases to the PCF surcharges in Indiana and Nebraska. There was a modest increase for Illinois. The increases are almost offset by the slight decreases for Kansas and Michigan.

In the West, California shows an average manual rate increase of 2.4%, which is driven by an increase of just under 10% by one of the dominant writers in the state. There are implied average decreasing manual rates in four states in the West region: Arizona, Colorado, Idaho and Wyoming.

Caitlin Morgan provides Medical Malpractice insurance to large and small physicians and surgeon groups and hospital staff in the state of Indiana. We can write the policy on a claims-made or occurrence form with primary limits up to $250,000/$1,250,000. The state of Indiana caps medical malpractice awards at $1.25 million, with no health care provider liable for more than $250,000 for a single malpractice incident. The total amount recoverable by the claimant is up to $1.25 million with the first $250,000 coming from the physician and the remaining $1 million coming from the Indiana Patient Defense Fund. This will change effective July 1st 2017 when the cap is raised from $1.25 million to $1.65 million. The cap will then top out at $1.8 million in 2019.

For more information about our Medical Malpractice insurance program, just give us a call at 877.226.1027.