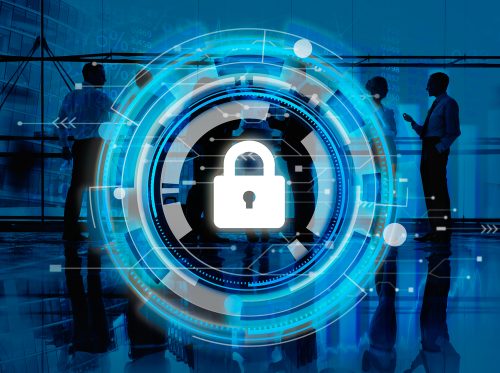 A report recently released by the Business Continuity Institute and the British Standards Institution shows the threat of cyber attacks, data breaches, and political instability resulting from rising populism are among the top concerns for businesses around the world. The report is based on a survey of 726 organizations in 79 countries in sectors that included financial and insurance services, retail and defense. Companies ranged from small businesses with fewer than 250 staff to corporations with more than 100,000 employees and annual turnover of more than 50 billion euros (nearly $53 billion).

The number one issue for executives working in business continuity and resilience is the threat from hackers, with 88% of companies included in the survey saying they are “extremely concerned” or “concerned” at the risk, according to the Business Continuity Institute.

“Cyber-attacks and data breaches continue to cost organizations billions of dollars annually, a sum that is only likely to go up with the increasing integration of new pieces of technology into daily operations,” BCI Executive Director David Thorp said in the foreword to the report. “Politics too has been a dominant topic this year, certainly more than in the recent past.”

The study comes as governments and businesses seek to strengthen resilience to cyber attacks. For example, New York State as of March 1 will require banks and insurers to meet minimum cyber-security standards and report breaches to regulators as part of an effort to combat a surge in cyber crime and limit damages to consumers. The rules, in the works since 2014, followed a series of high-profile data breaches that resulted in losses of hundreds of millions of dollars to U.S. companies, including Target Corp, Home Depot, and Anthem. They lay out unprecedented requirements on steps financial firms must take to protect their networks and customer data from hackers and disclose cyber events to state regulators. A task force of U.S. state insurance regulators is also developing a model cyber security law, which individual state legislatures could ultimately choose to adopt.

After cyber attacks, according to the report, the threat of a data breach ranked second among global business fears, while an unplanned IT and telecom outage was third. Adverse weather ranked fifth, interruption to utility supply sixth, terrorism seventh, supply chain disruption eighth followed by availability of talent/key skills and political risk, which joined the ranks of the top 10 threats for businesses for the first time in the survey’s six-year history. Following Great Britain’s vote to leave the European Union (Brexit) and the U.S. election, companies on both sides of the Atlantic are grappling with political uncertainty over changes to commerce policies, from taxes to trade tariffs, being planned in the U.S. and the U.K.

Caitlin Morgan Insurance Services, a leading MGU and wholesaler, can help you secure a comprehensive Cyber Liability insurance policy for insureds. We work with several carriers to provide Cyber coverage to respond to a myriad of exposures. We can customize a policy for the programs we write, including for healthcare and educational entities and provide coverage for a broad spectrum of businesses. For more information about our Cyber insurance solutions, give us a call at 877.226.1027.