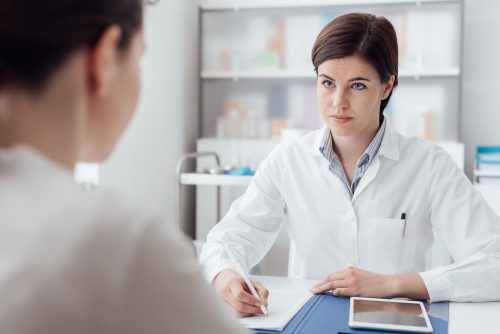 In addition, 66.3% of the respondents reported gender discrimination and 35.8% reported maternal discrimination, with 89.6% based on pregnancy and maternity leave and 48.4% based on breastfeeding.

Workplace discrimination exists despite the significant increase in the number of female physicians, the majority of whom are mothers. The findings, according to the researchers, suggest that gender-based discrimination remains common in medicine, and that discrimination specifically based on motherhood is an important reason.

Maternal discrimination was also linked with higher self-reported burnout, says the report. The most common reported types of discrimination were disrespectful treatment by nursing or support staff, not being included in administrative decision-making, and pay and benefits not equal to their male counterparts.

Health care organizations need to take a close look at their employment practices to ensure that workplace discrimination is not taking place, beginning with their hiring policies, salary levels and benefits. In addition, reviewing the organization’s insurance program, which should include Employment Practices Liability Insurance (EPLI), is critical. EPLI insurance will respond in the event of allegations against employers involving discrimination, sexual harassment, wrongful termination, and other employee-related practices.

At Caitlin Morgan we offer comprehensive insurance solutions to health care organizations, including EPLI and D&O insurance, providing a safety net to these businesses in the event of litigation that can significantly impact their bottom line. For more information about our programs, give us a call at  877.226.1027.