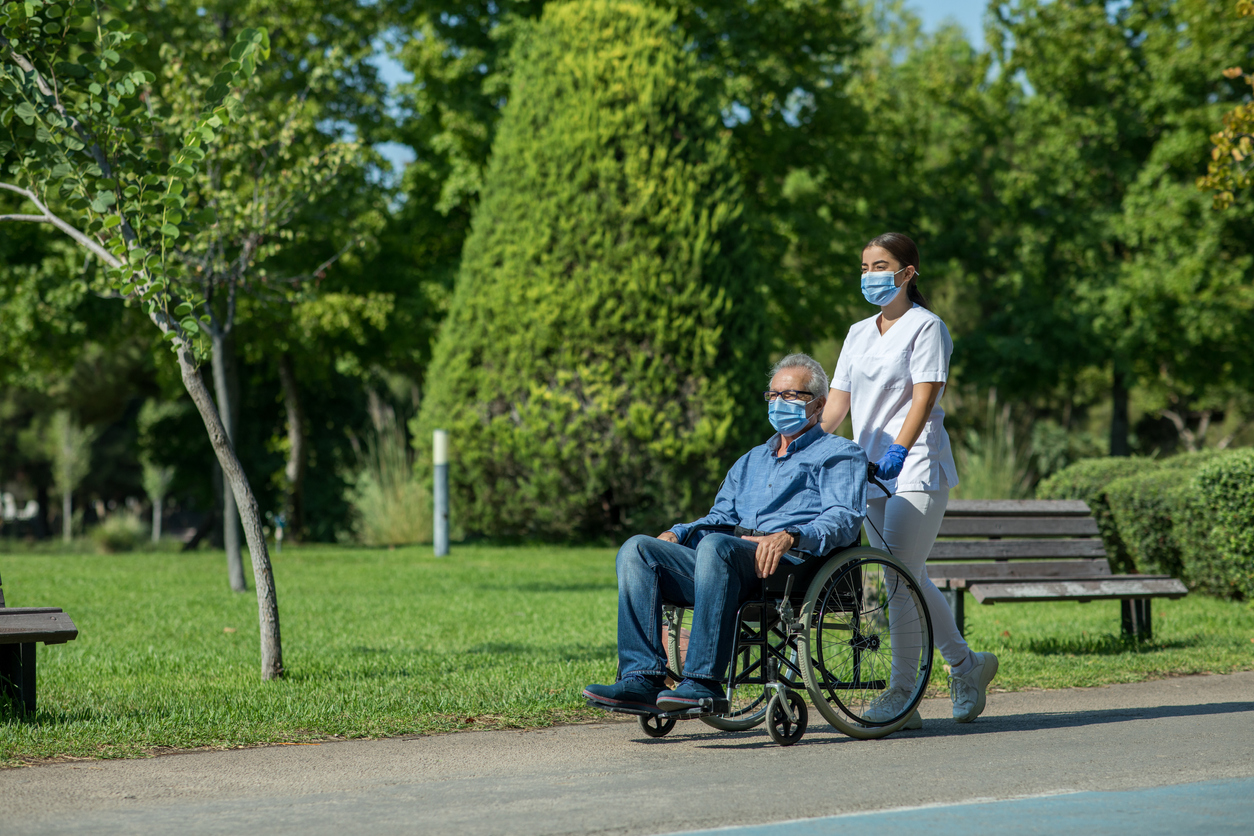 Wandering and elopement in nursing homes are far more common than most think. Your clients that own and operate care facilities probably have their share of cases to deal with, which no doubt causes them considerable concern.

Although nursing home insurance can help them deal with some of the legal issues arising from damage and personal injury, it can’t compensate for the harm that may befall older patients who wander off-premises.

Just how prevalent is wandering and elopement in a nursing care environment? In nursing homes, up to 31% of residents with dementia leave the premises at least once during their stay. The figure ranges from 25% to a whopping 70% in community-dwelling facilities. Even more alarmingly, studies reveal that one out of five patients diagnosed with dementia is prone to wander if not monitored.

Why are wandering and elopement so dangerous?

Any time a nursing home resident wanders or leaves the premises unmonitored and unsupervised, there is a risk of injury or even death. And if it is determined that the care personnel have been remiss in preventing the patient from wandering or leaving, they could be held legally liable.

It is also worth noting that wandering increases the risk of experiencing fractures. A study conducted by J. Y. Wick and G. R. Zanni revealed that wandering nursing home residents are twice as likely to have a fracture than patients who don’t wander.

Wandering could also result in the following:

Such situations are made worse because many patients who engage in such behavior are cognitively impaired in some way. This heightens the risk of injury, which only increases the longer they remain unsupervised.

Elopement is especially risky, as it entails actually leaving the nursing home or skilled nursing facility. Some cases have even resulted in the patient’s death, with one particular instance involving a senior resident with Alzheimer’s disease.

Common characteristics of wandering and elopement

Wandering is one of the most common reasons why individuals diagnosed with dementia are placed in long-term care in the first place. Often associated with cognitively-impaired or disoriented seniors, wandering is used in reference to excessive ambulatory behavior. This usually leads to nuisance complaints and safety issues.

While wandering is usually restricted to the facility, ‘elopement’ refers to instances when the patient actually leaves the premises. When this happens, the potential for injury‒and even death‒increases significantly.

There are many reasons why a patient might wander around the facility or off-premises. In many cases, the behavior is triggered by an overpowering desire to perform a specific task or fulfill a need.

The actual need varies from patient to patient. In some, it could be as simple as having to urinate. In others, the behavior may be a response to emotional distress or discomfort. Some patients may even be compelled to wander when they feel over or under-stimulated.

Certain patients are at greater risk for wandering and elopement than others. The behavior is more likely to occur among older male patients, those with sleep-related issues, and individuals prone to aggressive behavior or agitation. Wandering is also common among patients that lead socially active lives.

Reducing cases of wandering and elopement

One of the most effective ways to reduce incidences of wandering and elopement is developing and implementing policies requiring resident assessment. This should take place upon admission, with periodic reevaluation performed as needed depending on the condition and behavior of the patient.

This measure could help identify nursing home residents that are prone to wandering and elopement. In addition, federal regulations require long-term care facilities to conduct an assessment of each patient’s needs within two weeks after they are admitted and “at least every three months afterward. The exception is when the patient exhibits a significant mental or physical change, in which case assessment should be performed as soon as possible.

It is actually beneficial to assess patients soon after they are admitted because most cases of wandering and elopement take place within two days after intake. The assessment findings should be recorded in an easily identifiable area in each patient’s chart. This will help care staff quickly identify the individuals who are considered high-risk cases for wandering or elopement.

Wandering and elopement are potentially serious incidents that administrators and staff of long-term care facilities should address. With clear-cut and well-thought-out policies and procedures, these instances could hopefully be kept to a minimum.

Caitlin Morgan specializes in insuring assisted living facilities and nursing homes and can assist you in providing insurance and risk management services for this niche market. Give us a call to learn more about our programs at (877) 226-1027.